After our move I kept feeling like something was still not right. I finally figured it out looking through photos on facebook… I needed a new look for our new life here.  I was raised Pentecostal which meant I always had loooong hair. Which sound beautiful but I was unlucky enough to have super thin, super fine, stringy hair. Around puberty my hair developed a natural beautiful luscious curl. By time I was old enough to appreciate the natural curl it mysteriously vanished just as quickly as it had arrived.

Because of this upbringing, the idea of short hair was inconceivable. I would never!!! The shortest it had ever been was about shoulder length near the end of my pregnancy. I assumed it be easier to manage, it wasn’t. Other than that my hair has been pretty much the same with the occasional pop of red but always brown/black… 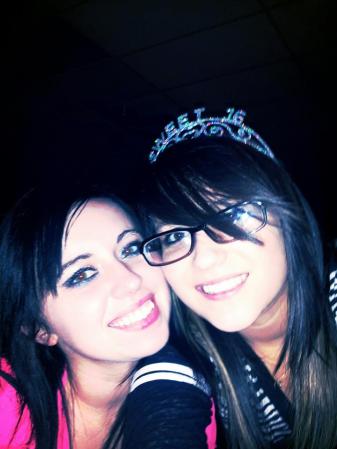 Point is, I made the big and brave decision to not only cut it short, but to shave it! Well, shave part of it anyway.

Most people where aghast with the idea but here is my theory. I’m only in my 20’s once and if I’m going to do something extreme I better do it now!

This is the photo I sent from the chair to a few close friends and relative. Their reactions where priceless!!!

I was afraid I wouldn’t like the shape of my head or my face would look chubby. Turns out it makes my neck look more slender. Or as a friend of mine said, “like a majestic giraffe”

My wonderful Hollyn (stylist) was sure to leave enough length on one side to not scare me. She also left me enough to hide my scalp if need be. Turns out I LOVE showing some skin… scalp skin that is. I feel like a total post-apocalyptic badass. 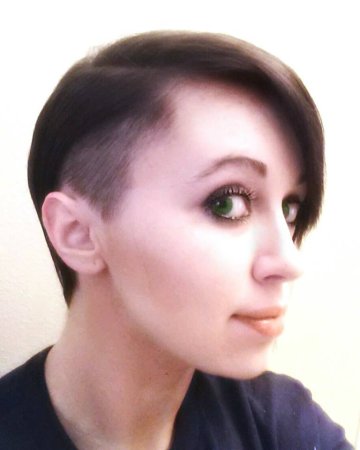 I was scared shitless. I’m not going to lie, but I took a risk and it felt GREAT! My husband however took a minute to love it as much as myself. He told me I could not get angry if he woke up in the morning and assumed there was a guy in bed next to him resulting in an injury to myself.

So often we are made to feel like long hair is a sign of femininity and beauty. Never imagined I could feel so sexy and feminine with a lack of hair. It’s empowering. Amazing what one haircut can do.

The girls say I remind them of Miley Cyrus, as many people have also said. We decided to do Miley impersonations the other night. Silver gum wrapper grill included.

What I’m hoping to say here is: if you always wanted to make a change, no matter how extreme, just do it. If your in your 20’s do it a LOT. For some reason people get much more judgmental the older we get. Not that really matters so just do it! Do it! do it! do it! 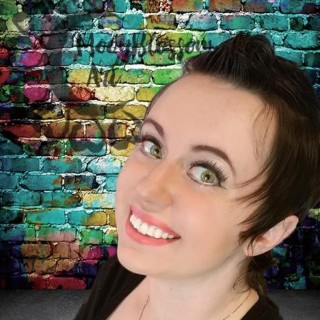 Sunnie Wicker is a stay at home mom, artist, writer, graphic designer, and hobbyist extraordinaire. She lives in south Louisiana with her husband Jerry, 4 sons, 6 dogs, and two fish, where she writes to keep her sanity in check. Sunnie is the owner/operator of MoonBlossom Art, an online custom art, clothing, and gift shop. As well as a personal blogger, Sunnie also works for Northshore Parent as a writer, vlogger, and graphic designer. In her free time, she paints shoes for Peach's Neet Feet and creates video content for her friends and followers via Facebook.